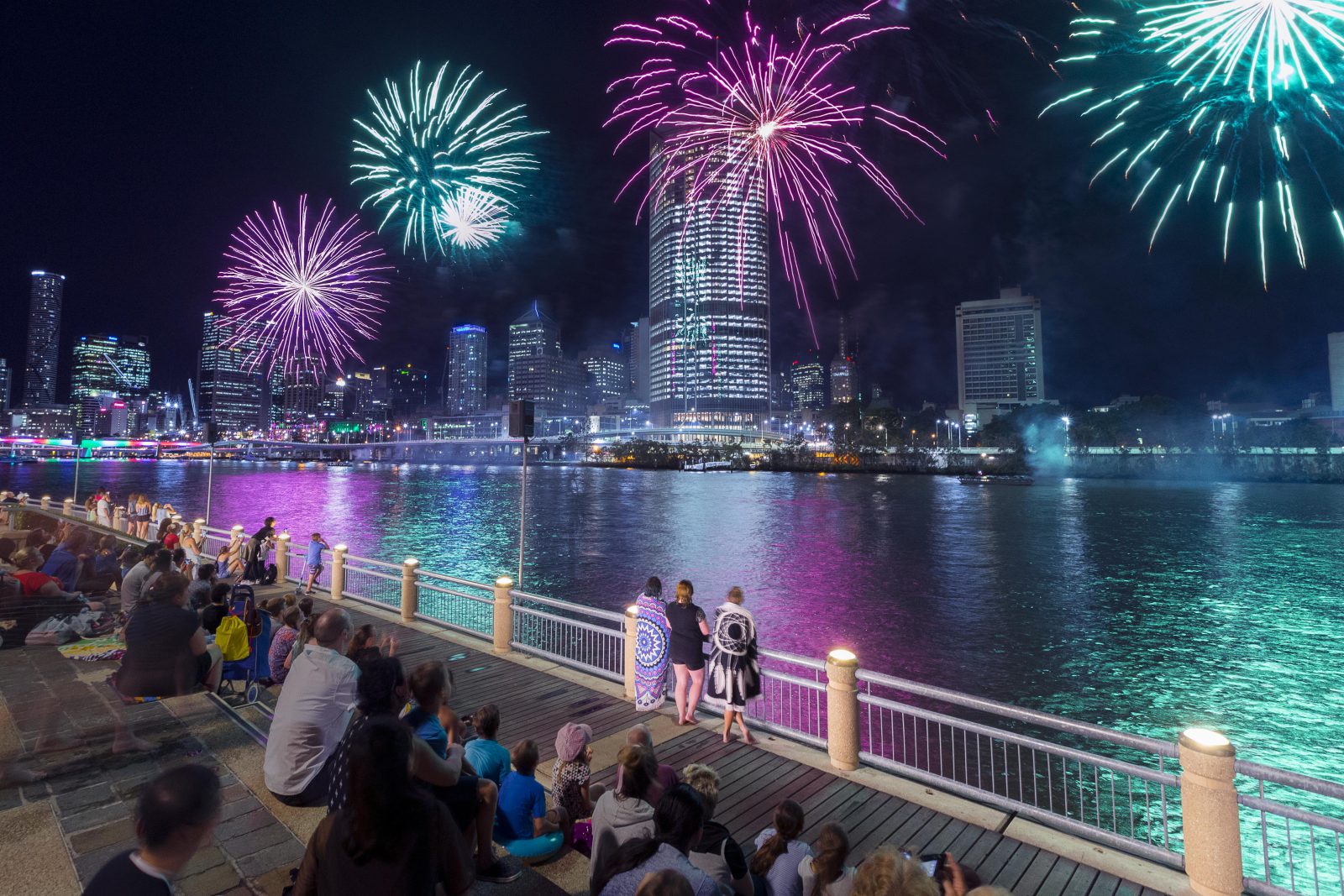 CHRISTMAS IN THE CITY

FROM CAROLS, MARKETS AND A GIANT SPARKLING TREE TO AN UNMISSABLE PARADE AND SPECTACULAR FIREWORKS, THERE ARE PLENTY OF REASONS TO VISIT OUR NORTHERN NEIGHBOUR THIS CHRISTMAS.

Would it really be Christmas without a trip to Brisbane to see the sparkling city lights and enjoy the free festive celebrations?

From November 29 until Christmas Eve, the CBD, South Bank and Roma Street Parklands will all transform into magical destinations of holiday fun, offering plenty of entertainment for revellers of all ages.

It all kicked off with the beloved Lord Mayor’s Lighting of the Christmas Tree – a dazzling 22m Christmas Tree that lights up King George Square when night falls. The celebrated Brisbane City Christmas Parade will weave its way through Queen Street Mall to King George Square from Friday, December 13 until Sunday, December 22, offering ample opportunity to spot the big man in red and his trusty helpers. And, every night from 7.30pm, from Friday, December 6 until Christmas Eve, the Gold Lotto City Hall Lights will deliver a mesmerising light-projection display, complete with a novel storyline and characters.

On Saturday, December 7 at the iconic Riverstage, the Lord Mayor’s Christmas Carols will fill the night sky with joyous songs performed by Brisbane’s best performers. Then, from Wednesday, December 11 until Christmas Eve, the celebrations will continue with the Lights of Christmas putting on a magnificent light and sound show at St Stephen’s Cathedral.

At Roma Street Parkland, follow the twinkling track of light displays illuminating the lush and expansive parkland at the Enchanted Garden display – right up to Friday, December 13. The experience is complete with premium food truck eats on the sprawling Lakeside and Celebration lawns.

Across the river, the South Bank Parklands come to life from Friday, December 1, lit up by bright displays that transform the renowned arbour trail into a twinkling tunnel. See the River Quay’s celebrated fig tree shining brightly and the festoons hanging from above – it’s the ultimate Christmas wonderland.

If you’re looking to track down Father Christmas, you’ll likely find him at Santa’s Stop Over. Located at Flowstate and set amongst a magnificent fig tree and light installation, this quintessential Christmas setting is the perfect photo op for you to snap a picture with Santa. And, make sure you hang around from 4pm until 7.30pm for storytelling and crafts on the lawns nearby.

Then, keep the party going with Festive Beats – the ultimate showcase of emerging local talent, all performing originals and joyful covers at Streets Beach, River Quay, Rainforest Green and Little Stanley Street Lawns. Pack a picnic and round up your loved ones to see the performances, which kick off at 4pm and finish at 10pm.

And finally, it wouldn’t be Christmas without a dazzling finale, and the Fireworks Spectacular is just the way to finish your festive day with a bang! Venture to the Clem Jones Promenade to catch the show, which starts at 8pm every night. 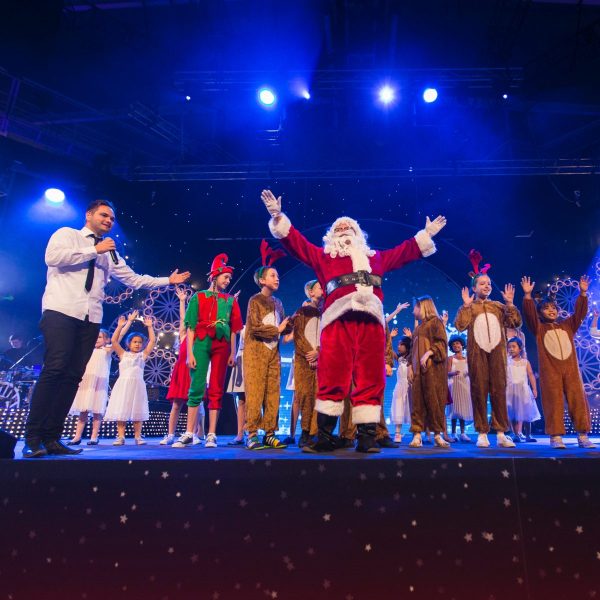 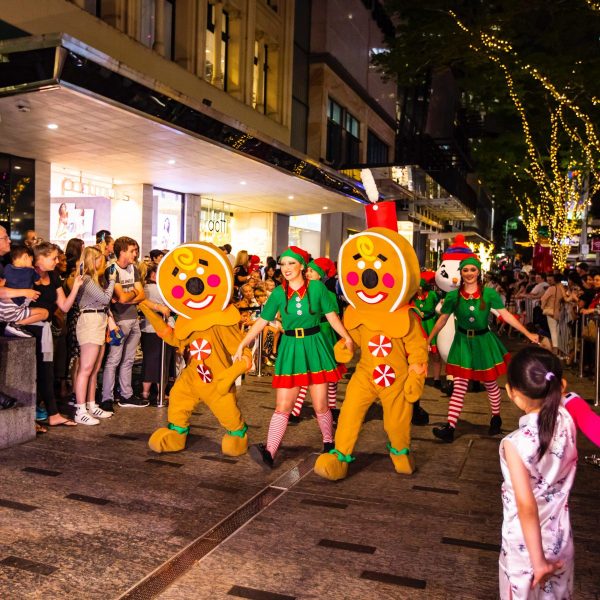 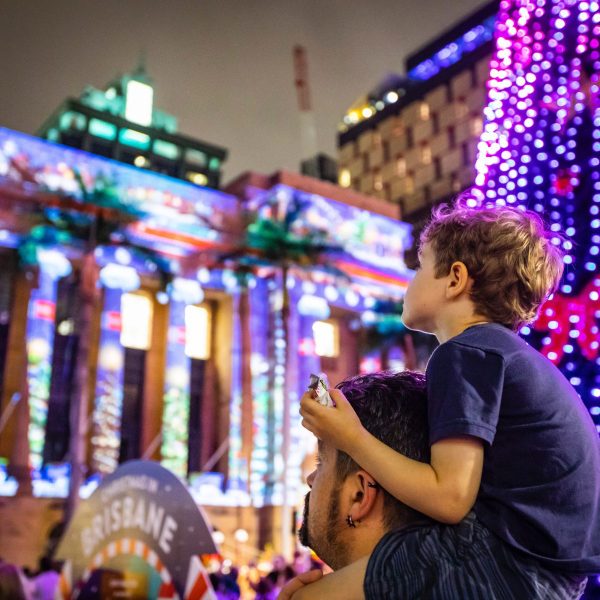 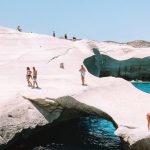 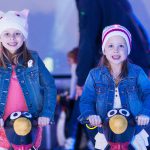