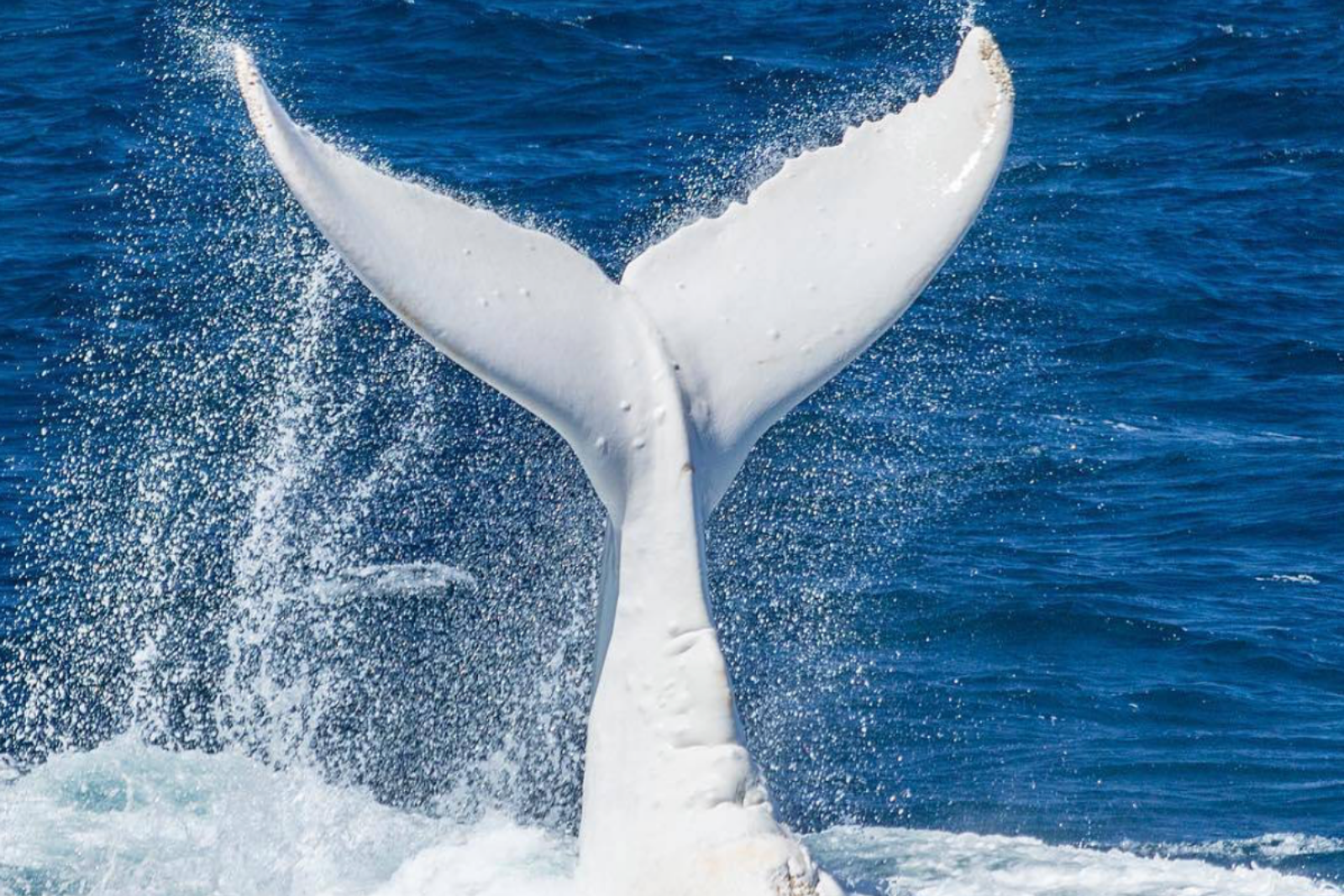 When you’re out whale watching this season, make sure to keep your eyes peeled for the ‘unicorn’ of humpback whales – migaloo. You’ve definitely hit the whale-watching jackpot if you spot this brilliant bright white specimen out in the wild!

Here’s everything you need to know about Migaloo, the white whale:
✱ Migaloo is an adult white male humpback whale, estimated to have been born in 1986 (making him roughly 33 years old).
✱ ‘Migaloo’ means “white fella” in some Aboriginal languages.
✱ He was first spotted in 1991, passing through Byron Bay.
✱ When Migaloo was first sighted, he was the only known white whale in the world but nowadays there are 3-4 other white whales that traverse the Humpback Highway along the east coast of Australia. Their names are Bahloo, Willow and Migaloo Jnr.
✱ Migaloo’s song was first recorded in 1998. It was this song that first had researchers thinking Migaloo was a male (due to his knack for melody!).
✱ Migaloo’s sex was confirmed by researchers from the Southern Cross University in 2004 when they were able to obtain skin samples.
✱ Migaloo is referred to as ‘hyper-pigmented’ rather than ‘albino’. It’s possible he is ‘leucistic,’, which refers to partial loss of pigmentation.
✱ In 2015, scientists explained that it’s likely we’ll see less and less of Migaloo as he matures and swims further offshore, which is why it’s such a thrill to spot him. 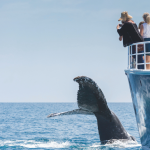 WHALE OF A TIME! 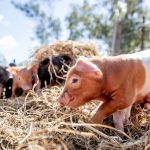